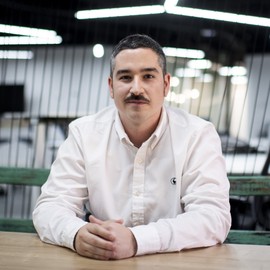 Juan Cruz-Benito received a Ph.D. in Computing Engineering from the University of Salamanca, Spain, in 2018. Previously, he received the M.Sc. degree in Intelligent Systems, the B.Sc. in Computer Systems, and the Technical Engineering Degree in Computer Systems from the same university in 2013, 2012, and 2011. He is currently Research Developer at IBM Quantum, IBM Research’s T.J. Watson Research Center, NY, USA. Before it, he worked for five years in research & development projects at the GRIAL Research Group, University of Salamanca, Spain, where he participated as a software engineer, researcher, and developer in many European and Spanish R&D projects (public and private ones). His research interests involve Human-Computer Interaction, Machine Learning, Data Science, and technologies for educational purposes. He is the co-author of more than 80 publications, serves as a reviewer for many high-respected journals and conferences, and is Associate Editor of the Journal of Global Information Management (JGIM) and the Journal of Information Technology Research (JITR). His research activity conducted him to receive the Research Award “Scientific Computer Society of Spain and BBVA Foundation” as one of the best young researchers in Computer Science in Spain in 2019. As a software engineer and developer, he is involved in many different technical communities and Open Source initiatives.